Bahia is the fourth largest state in Brazil, with a population almost equal to that of Burkina Faso (15,000,000+).

Last night I met up with one of Lils’ university friends and she took me to an industrial town called Camaçari where I got to meet the kids she works with at a private high school.

Despite being sceptical about going to a town I didn’t know anything about with a person I knew even less about, I took the risk anyway. Teaching English is truly my passion if I can make decisions like this in Brazil.

I mean, we’ve all seen those movies where tourists get kidnapped by well meaning people and wind up getting their organs harvested in the middle of nowhere. It’s quite silly of me to have thought that maybe that was going to happen to me because I, of all people, should know that the image that is portrayed of South American countries by Western media is a gross misrepresentation of the actual daily life in these countries.

To get to Camaçari we took a 10pm bus that picked up the university students and took us to the central point where we got another bus that took us closer to where she lives. The best part is that this service was free!

We got there at minutes to midnight, and I was surprised to find that her mother was up with the table laid out and full of food, excited for my arrival. All I wanted to do was sleep, but how could I with such irresistible hospitality? We ate and I went to bed to get as much rest as possible for my 6am wake up.

At 6.30 the fan came off and immediately I was up, again the table was laid out with food and the best coffee I’ve ever had (sorry Colombia). We had a quick breakfast, showered and were out the door on mototaxis (something I’ll never escape as long as I’m traveling South America) and for 5 Reais we were at the school in about 10 minutes.

We spent the morning at the school (from 7.40 to 11.40) moving from class to class as the students got to practice their English with me. It was an overwhelming experience for me because they were so excited to have a native speaker in their classrooms. Not to mention the ones who were excited to see a girl with hair like theirs from another country. Every day I’m reminded why I travel and why I teach English. It’s definitely not just about the money and personal enjoyment and benefits. Meeting people, sharing experiences, and making even the smallest difference in someone’s life is the most important part for me. 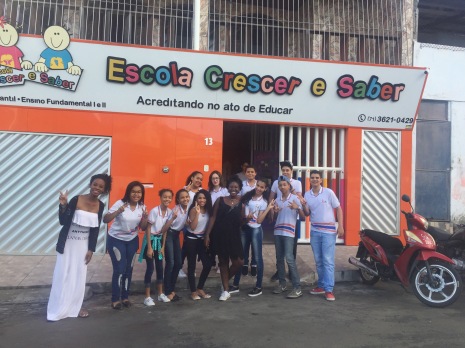 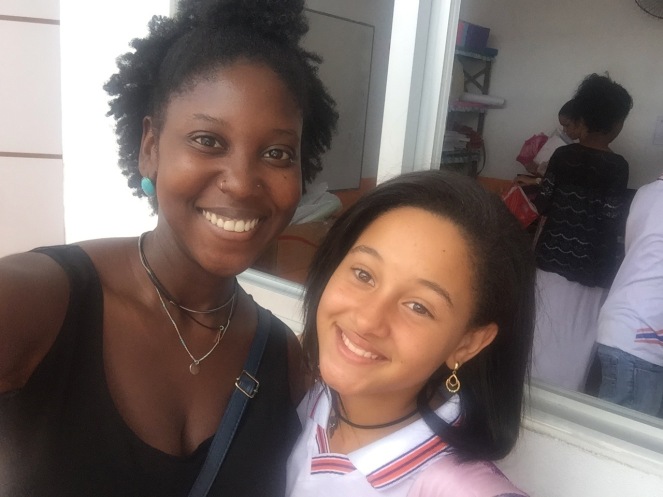 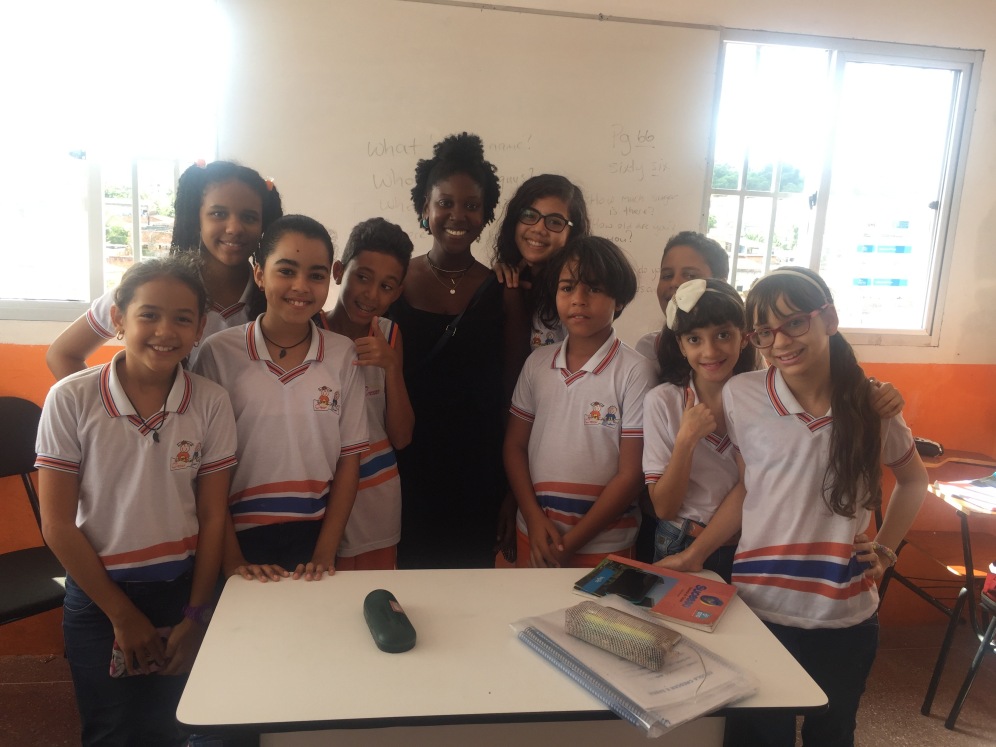 My body clock has yet to catch up to Salvador’s timezone. Waking up at 6am still feels like 4am Colombia time (which it is). So at that rate my body was shutting down. We got home and her mum was in the kitchen preparing a lunch I’d never forget.

Brazilians can throw down in the kitchen, good Lord! And she brought out a pepper sauce that’d make any traveling Trini’s mouth water. I haven’t had a pepper sauce that good in over ten months so I was gasping for water after the first bite.

Camaçari doesn’t have a lot to do, so after lunch we caught a bus in the central area and for 6.30 Reais we were on our way back to Salvador. We got to the terminal around 4pm and took one of the inner city buses for 5.40 Reais. We rode the bus for maybe an hour plus! Salvador is such a huge city and during rush hour it’s crazy, but at least the bus had wi-fi!

Finally back at my friend’s apartment in Porto da Barra I can say that the trip out of the city was well worth it! I’m sure those kids will at least be motivated to keep learning English after they realized that they could talk to a native speaker.